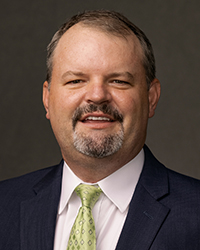 Steven G. Hill is the co-founder of Hill, Kertscher & Wharton, LLP.  He has an international practice comprised of clients ranging from Martha Stewart and Emeril Lagasse to Fortune 500 companies to start-ups looking to him to represent them in a variety of matters.  His trial victories include high stakes cases involving business tort, fraud, patent, copyright, trademark, civil RICO, trade secrets, franchisor-franchisee and unfair competition.  To date, he has recovered over $100 million in combined verdicts and settlements on behalf of his clients.

After receiving his undergraduate degree from Southern Methodist University in 1991, Mr. Hill went on to earn a Juris Doctor from Vanderbilt Law School in 1994. From high school through law school, Mr. Hill excelled in public speaking competitions.  In addition to winning a national championship in debate, he was one of only three students in his law school class named to the Vanderbilt national moot court team.  He also won the award for best speaker at the 1993 National Health Law Moot Court competition.

Mr. Hill has handled over 250 cases nationally, including 100+ patent infringement disputes. His high-profile successes include multi-million dollar verdicts, as well as obtaining a victory exonerating Moe’s Southwest Grill, LLC, and its founder, from allegations involving fraud and RICO claims brought by 54 Moe’s franchisees after a lengthy trial in federal court.

Mr. Hill has the trial skills, experience and acumen to handle some of the most complex cases in the country. He has handled one case involving 261 defendants, and another involving the assertion of 25 patents against five of his clients.  For his achievements, he has been named a Super Lawyer by Thomson Reuters numerous times, and has also been named to the “Legal Elite” repeatedly by Georgia Trend Magazine.  He also carries a 10/10 AVVO rating.  Intellectual Asset Magazine has recognized him in the 2014-23 editions of the IAM Patent 1000 as one of the top 1000 lawyers in the world.  In 2018, IAM described Mr. Hill as “an accomplished trial lawyer with a proven record of success in multimillion-dollar brawls… he knows how to defend companies’ intellectual property from every conceivable angle.”

Mr. Hill will be recognized in the upcoming 29th edition of The Best Lawyers in America® for his caliber work in intellectual property and patent litigation.

Mr. Hill has served as a Special Master on two occasions, where he assisted judges in the U.S. District for the Northern District of Georgia.